The WWE is home to a wide roster of beautiful Divas. Its hard to only pick 10, and then even harder to put them in order.

Before creating my list, I looked at a few other sites lists. I totally didn’t agree with any of them. I’m sure you won’t exactly agree with mine either. That’s what the comment section below is for. 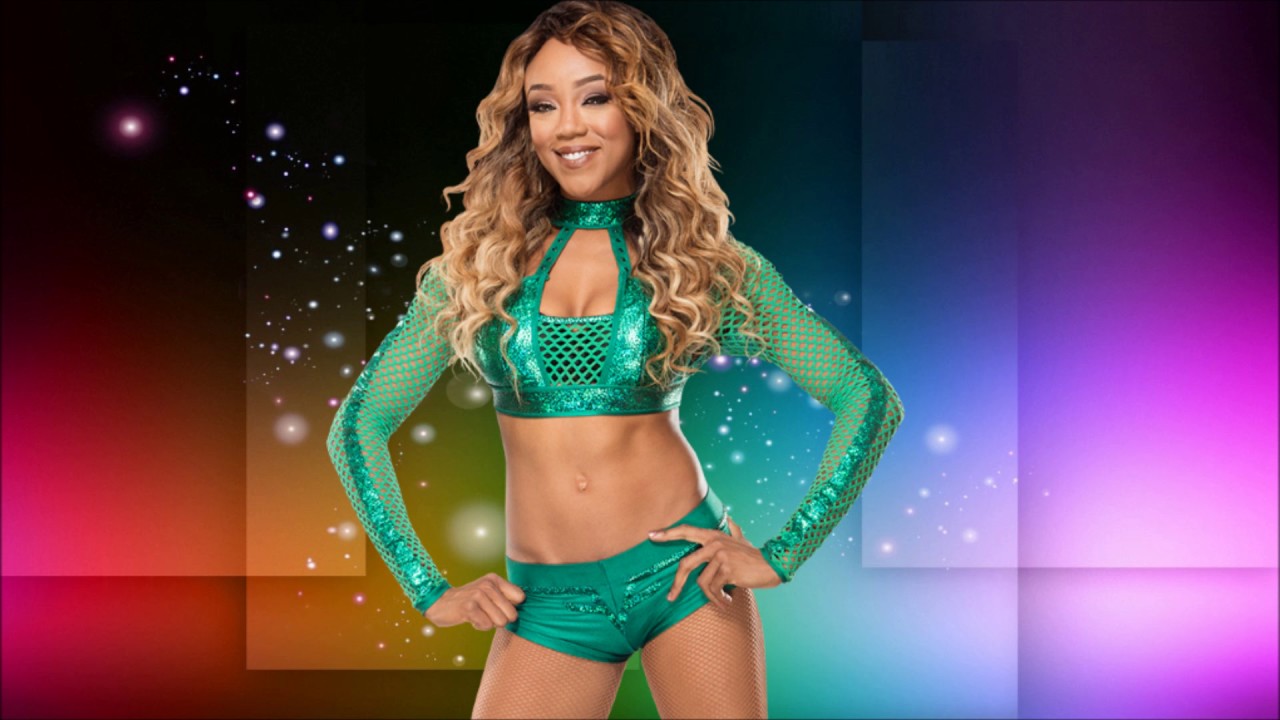 Crawford debuted on SmackDown in June 2008, using the Alicia Fox name and the gimmick of a wedding planner. In November, she moved to the ECW brand, where she managed DJ Gabriel. The following year, Fox began challenging for the WWE Divas Championship, which she won in June 2010, holding the title for two months, becoming the first African American Divas Champion in WWE history. In October 2014, she began starring in the reality television series Total Divas on E! as part of the main cast. 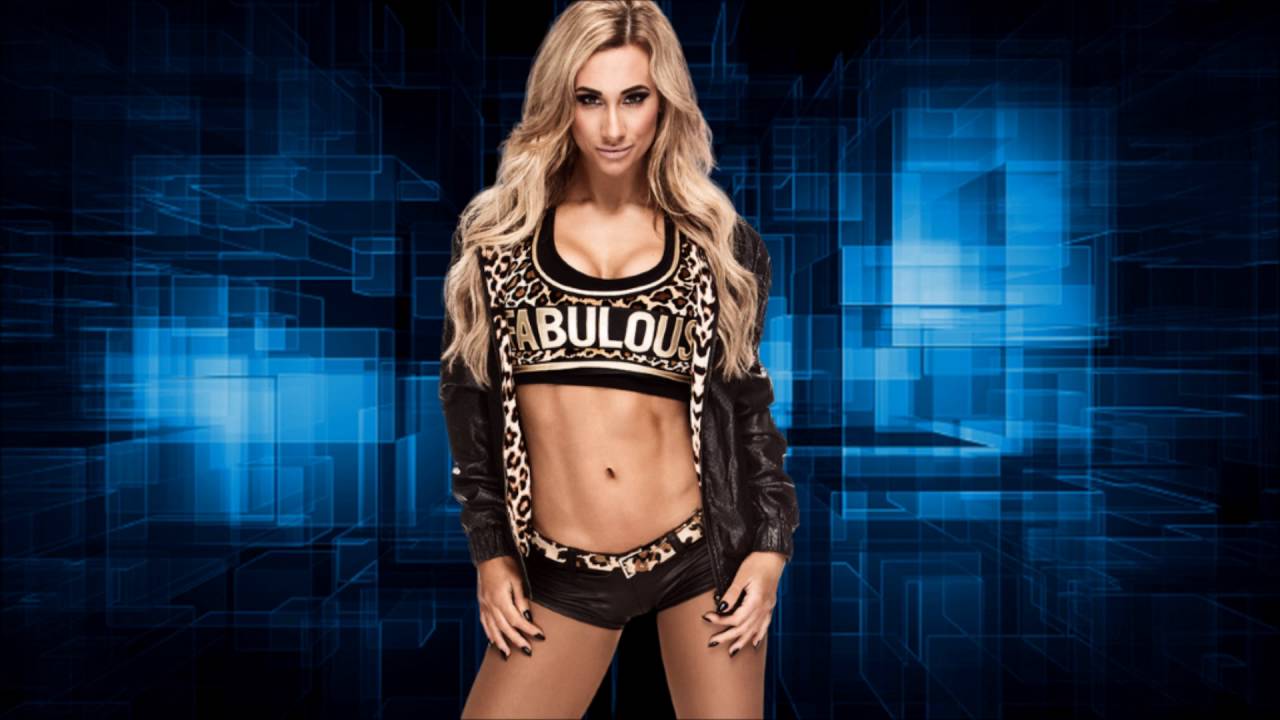 Leah Van Dale (born October 23, 1987) is an American professional wrestler, professional wrestling manager and model, currently signed to WWE under the ring name Carmella, performing on the SmackDown brand. Van Dale was considered to be a winner of first ever women’s Money in the Bank briefcase, but amid controversy on how the match was won, the briefcase became vacant after only 2 days, pending a rematch.

In June 2013, Van Dale signed a contract with WWE, and was assigned to their Performance Center in Orlando, Florida. In October 2014, she aligned herself with Enzo Amore and Colin Cassady, thus also becoming their manager. In July 2016, she made her main roster debut on SmackDown.

Tenille Averil Dashwood (born 1 March 1989) is an Australian professional wrestler and model currently signed to WWE under the ring name Emma, who performs on the Raw brand. She previously wrestled on the independent circuit under the ring name Tenille Tayla. 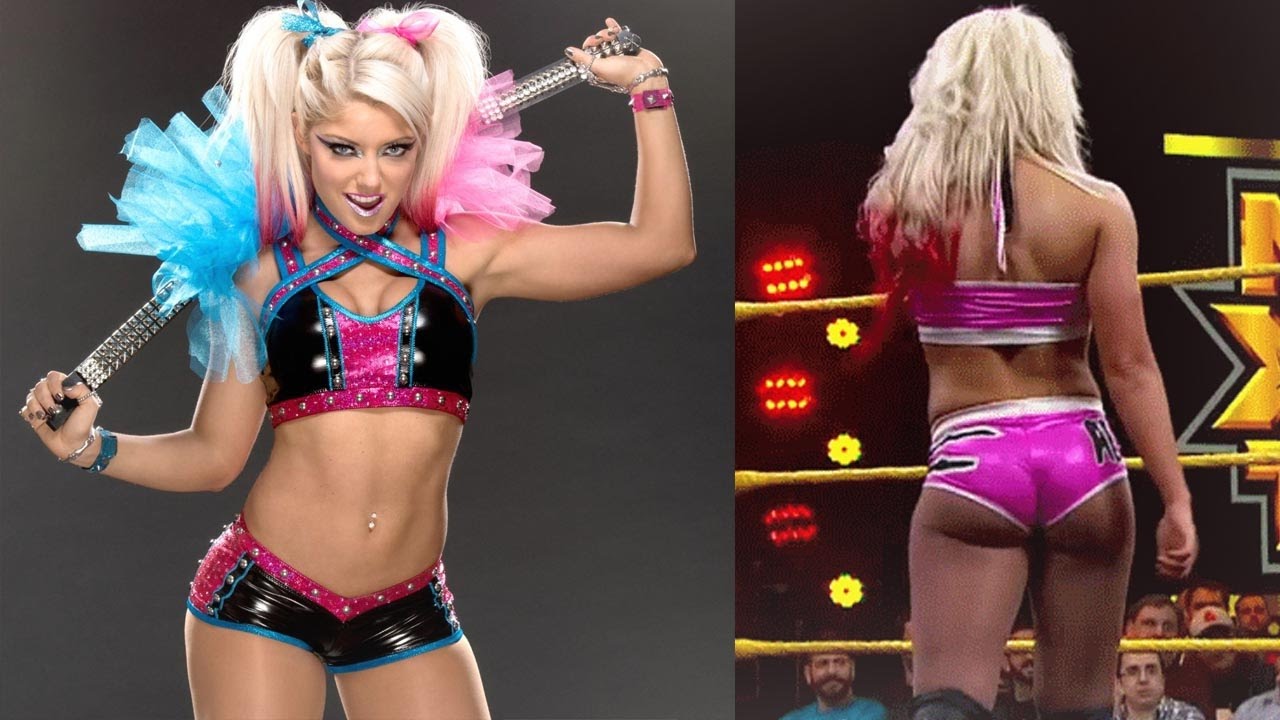 Alexis Kaufman (born August 9, 1991) is an American professional wrestler currently signed to WWE under the ring name Alexa Bliss, where she performs on the Raw brand and is the current Raw Women’s Champion in her first reign.

In May 2013, she signed a contract with WWE and was assigned to WWE Performance Center and developmental brand NXT in Orlando, Florida. Bliss made her main roster debut on the SmackDown brand in July 2016 and became the first woman to win the SmackDown Women’s Championship twice. She was transferred to the Raw brand in April 2017 and became Raw Women’s Champion later that month. Bliss is the first woman to have won both the Raw and SmackDown women’s championships. 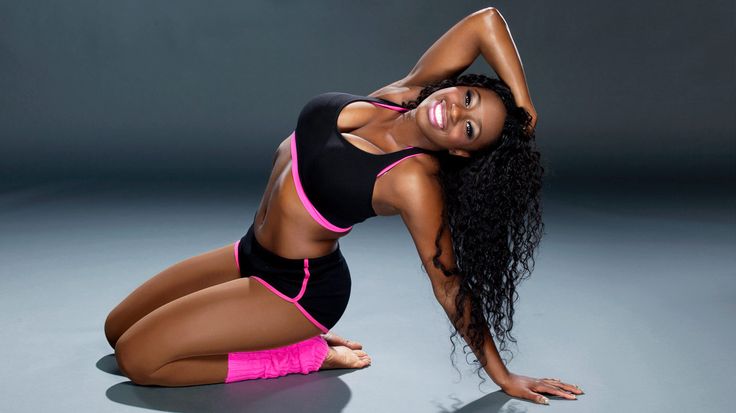 Trinity Fatu (née McCray; born November 30, 1987) is an American professional wrestler, actress, model, dancer, and singer. She is signed to WWE, where she performs on the SmackDown brand under the ring name Naomi, where she is the current and longest reigning SmackDown Women’s Champion in her second reign. Through her marriage to Jonathan Fatu (better known by the ring name Jimmy Uso), she is a member of the Anoaʻi family, a renowned Samoan-American wrestling dynasty.

In August 2009, McCray signed with World Wrestling Entertainment (WWE) and was assigned to Florida Championship Wrestling (FCW),Now NXT, WWE’s past developmental territory in Tampa, Florida, where she became the inaugural FCW Divas Champion. In August 2010, she competed in the all-female third season of NXT, where she came in second place under the tutelage of Kelly Kelly. In January 2012, she made her main roster debut joining Cameron in forming The Funkadactyls, and also becoming the backup dancers to Brodus Clay and Tensai. In December 2013, they both were nominated and awarded Slammy Awards for Best Dance Moves of the Year. She would form another alliance with Tamina in May 2015, later being joined by Sasha Banks in July 2015, forming the trio Team B.A.D.

In 2017, Naomi won the WWE SmackDown Women’s Championship at Elimination Chamber, her first title in WWE and also becoming the first African American to hold the title. She was then forced to vacate the championship nine days later due to an injury sustained during the match. She returned at WrestleMania 33, where she regained the title for the second time, cementing herself in WWE history as the first African American woman to win a championship at WrestleMania. 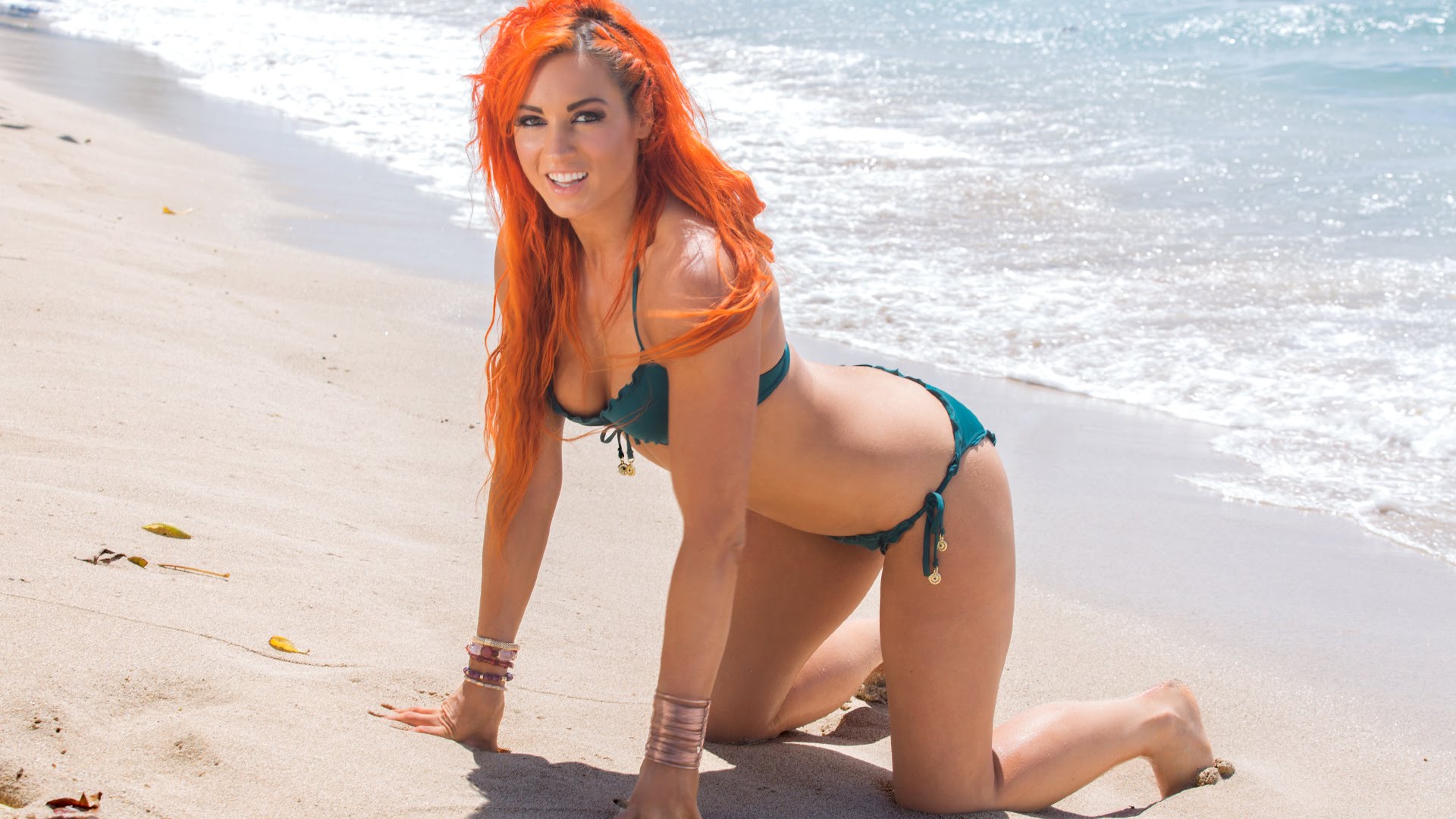 Rebecca Quin (born 30 January 1987) is an Irish professional wrestler currently signed to WWE, where she performs on the SmackDown brand under the ring name Becky Lynch.

Quin began training as a professional wrestler under Fergal Devitt and Paul Tracey in June 2002, making her debut five months later. Initially working in Ireland and occasionally teaming with her brother, she soon expanded her career into the rest of Europe on the independent circuit as Rebecca Knox, wrestling regularly for the France-based Queens of Chaos promotion, where she won the World Queens of Chaos Championship in 2006. She also wrestled for England’s One Pro Wrestling and Germany’s German Stampede Wrestling. She competed in the SuperGirls Wrestling promotion (an offshoot of Extreme Canadian Championship Wrestling), where she was the inaugural SuperGirls Champion and held the championship for ten months and two days. She also appeared at ChickFight III, where she made it to the second round of the tournament. In 2006, she debuted for the all-female Shimmer Women Athletes promotion and was involved in a series of matches with Daizee Haze, including an acclaimed two-out-of-three falls match.

In September 2006, Knox suffered a head injury during a match in Germany and was diagnosed with possible damage to her eighth cranial nerve. She was scheduled to return to wrestling in 2008, but no-showed the event, stating she no longer felt that wrestling was the right option for her at that time. She later returned to Shimmer as a manager in 2011, before signing a contract with WWE in 2013. Following her arrival on the main roster in July 2015, she became the inaugural SmackDown Women’s Champion at Backlash in September 2016, holding the title for approximately three months.

Mercedes Kaestner-Varnado (born January 26, 1992) is an American professional wrestler currently signed to WWE, where she performs on the Raw brand under the ring name Sasha Banks.

She previously wrestled on the independent circuit, most notably for Chaotic Wrestling, where she once held the Chaotic Wrestling Women’s Championship. Between WWE and their developmental brand NXT, Banks has had four championship reigns – being a former NXT Women’s Champion and a three-time Raw Women’s Champion. Her match against Bayley at NXT TakeOver: Respect on October 7, 2015 was the first women’s match to ever headline a WWE event, the first women’s Iron Man match, and the longest women’s match in WWE history at the time with a length of 30 minutes. Their match was voted by Pro Wrestling Illustrated (PWI) as the “Match of the Year”, with Banks being voted as the “Woman of the Year” as well, while their NXT TakeOver: Brooklyn in August 2015 won the NXT Year-End Award for “Match of the Year”.

In 2013, Coyle signed a contract with WWE, and was assigned to WWE’s Performance Center in Orlando, Florida to begin her training. In July 2013, she made her main roster debut, and later in the month became the manager of The Bella Twins, and also began starring in the reality television series Total Divas as part of the main cast. In mid-2015, Coyle began wrestling as part of the NXT women’s division. In April 2016, Marie returned to the main roster, officially becoming a part of the SmackDown brand in July 2016.

Stephanie Nicole Garcia-Colace (born November 21, 1983) is an American professional wrestler, actress, and model signed to WWE under the ring name Nikki Bella, performing on the SmackDown brand. She is currently inactive due to injury.

In June 2007, Bella signed with World Wrestling Entertainment (WWE), and was assigned to developmental territory Florida Championship Wrestling (FCW) alongside her twin sister Brie Bella, forming the duo The Bella Twins. She made her debut on SmackDown in November 2008. Bella is a two-time WWE Divas Champion. Her second reign is recognized as the longest in the title’s history at 301 days.

Bella ranked No. 1 in Pro Wrestling Illustrated‘s Female 50 in November 2015, and was named Diva of the Year by Rolling Stone in December 2015. She also won the award for Choice Female Athlete alongside her sister at the Teen Choice Awards in 2016. 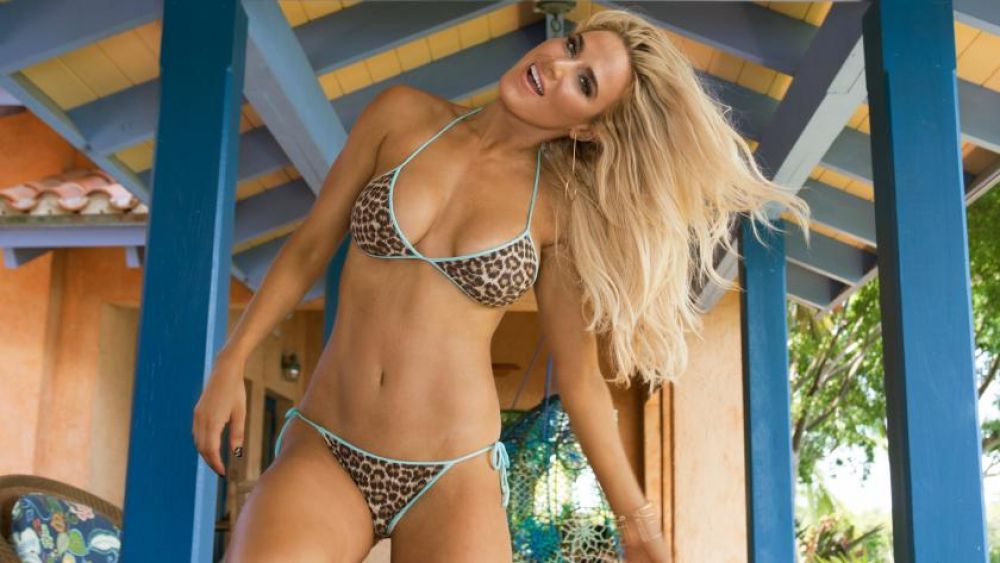 Wow! The WWE has great taste. No wonder its so popular after all of these years. Everybody has different preferences in what they like. If you felt I left any Divas out, or you would order the list differently, please let us know in the comment section below.

You can find out more about which cookies we are using or switch them off in settings.

This website uses cookies so that we can provide you with the best user experience possible. Cookie information is stored in your browser and performs functions such as recognising you when you return to our website and helping our team to understand which sections of the website you find most interesting and useful.

Strictly Necessary Cookie should be enabled at all times so that we can save your preferences for cookie settings.

If you disable this cookie, we will not be able to save your preferences. This means that every time you visit this website you will need to enable or disable cookies again.